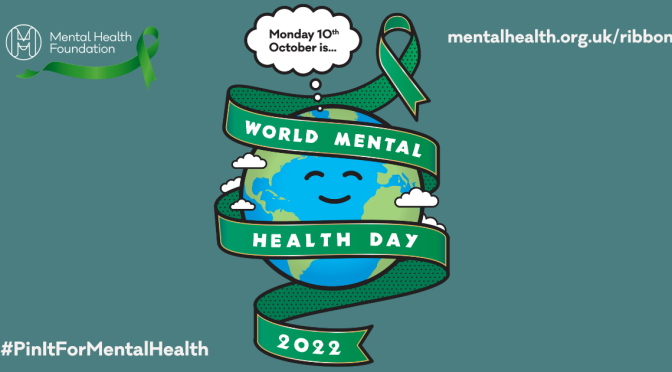 In the wake of another friend sharing their story I thought I would add mine.

If discussions of this stuff cause triggers then please skip this post. This is just a description of what I went through and how I got to where I am today. This is not a suggestion for treatment or statement that it will work or not work for everyone. Your mileage may vary as will any process through your own mental health challenges.

A few years ago I was diagnosed with “anxiety states” and then “anxiety based depression”. In layman’s terms depression brought on by living with undealt with anxiety.

At the time I was suffering panic and anxiety attacks. I lived in constant fear, brought on by feeling trapped. Now in comparison to other people’s lives and problems what I had going on may have seemed small.

But I was being subjected to bullying, gaslighting, emotional and psychological abuse. It all finally came to a head when I lost control of myself. I was sat, frozen, unable to move, no matter how scared I was of the consequences of not moving. I had no control over my body, my mind had decided to take control away from me.

Then I spiralled. I would sit unmoving for days. There were other symptoms but again I knew something else was wrong. I’d been like this for four months.

When I went for help again I was told everyone can have bad days. But because a GP was telling me this I left thinking they must be right. Someone I trusted told me it was just laziness, that I was tired but I should just try harder, that once I got going I would feel better. Because of that I didn’t even share all my symptoms with them. I learned I couldn’t trust them with the truth, even though I couldn’t put words to it at the time.

Several months later I went back. Different GP. This time the symptoms were the same but had been ongoing for over seven months and I was finally referred to CBT and prescribed an antidepressant.

The same person from before, a person I loved and trusted who I thought had my best interests at heart, made a comment about how they didn’t see why I needed them. They were very dismissive and said it was up to me if I wanted to take them *shrug* and in their opinion they were unnecessary. You can think your way out of every problem.

Thankfully I took them. And my life changed.

Suddenly my thoughts were no longer a runaway train. I was able to change the track and move along. And move away from damaging relationships.

The CBT classes that had been prescribed were sadly ineffective. It gave me descriptions of my symptoms and then I was expected to go away and use those descriptions to deal with the symptoms. I thought one on one CBT might be more helpful but the result was the same. I could tell you what was happening to me until the cows come home, but not why. And I certainly didn’t know how to stop it altogether.

Other things happened and I spiralled again despite the medication. Eventually I fell off the antidepressants not because I didn’t need them but because I was so unwell I just didn’t request my monthly prescription. It was sheer luck I had arranged to start private therapy.

And this was the real game changer. My therapist was able to give me tools and show me how to use them. They were not the person who made me better, they taught me how to do it for myself. Because no *one* person can make you better. That’s not how mental health works. But someone telling you what catastrophising is and what intrusive thoughts are is not the same as knowing why they are there or how to prevent them.

And that is all ongoing. I’m in a place where I don’t need an antidepressant. I haven’t had a panic attack in years. I still have anxiety attacks but they are fewer and far between and only when very stressed. They are not my everyday existence. And I still have therapy. Because the work is not done. I’m not sure it will ever be finished for me. I think I might need therapy for the rest of my life. because my anxiety is all the time. My mind is constantly overworked doing threat assesments.

So my point is not just oh poor me, how hard was that, it’s that people will be going through these struggles in silence, ashamed of their inability to handle life because all we hear constantly is that we should buck up, pull ourselves up by our boot straps, toughen up, don’t let the bastards get you down and just do it.

There is a belief that people in crisis will look like a hollywood version of mental health issues. Unable to take care of themselves. Well, that’s true to a point. We may not eat or we overeat. Showering is only possible when other people will see us because the fear of other people seeing how badly we are coping can trump all else and the front facing version of us will be put together and going through the motions. We don’t all look like we’ve just escaped a haunted house.

Because I’ve never feared for my life but I’ve known terror. And it was while sitting on my bed at 8 in the morning unable to move a muscle and for no other reason than I was in such a heightened state of fear and anxiety my mind and body took the controls away.

Something I never hear discussed is how terrifying it is to know all the things you should be doing and be unable to do any of them because your brain and body have taken over. That’s the real issue for me. Having known that sensation and that it could always happen again. I have to live with that knowledge. So I put the work in. All the time. It’s exhausting. It takes away from other things I would love to be pouring my energy into. But I’m still living my best life by doing this work. I get to not live in constant fear.

Talking about it should be normalised. Knowing that it isn’t just laziness, that trying harder doesn’t help. And for goodness sake, if someone tells you they’re struggling, suggesting they manage it on their own is the absolute wrong thing to say. Show compassion. Tell them they are not alone. Tell them to seek help. Tell them it is worth the effort. That will help. Not willpower. Because willpower didn’t move my body. Willpower didn’t get me out from under this. Willpower and pushing through is what made me dig the hole deeper.

So for World Mental Health Day, please take a moment to think about what you would say to a friend or loved one who finally came to you. Because the chances are what they tell you is just the smallest part they feel able to admit.

🌇
Meeting up with @thesjwarner, @tonimiles83 and @gingersnap_gorgeous to watch the lighting of the tree in Trafalgar Square 🎄 Carol singing, winter markets, great views and beautiful artwork. Photos by me, Sally and Toni. Thanks for getting my good side girls 😉💜💜
✨🌟Another night of Starlight magic 🌟✨ @starlighttheatreco
🎃👻🕸️🕷️Halloween shenanigans

Bedtime stories must be told.